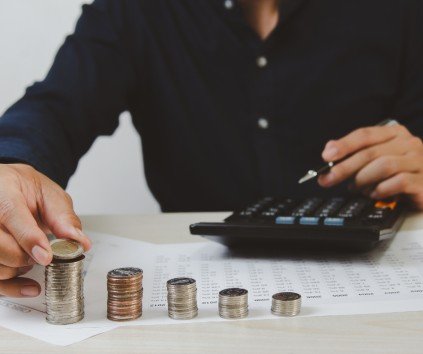 This denotes the New Issue Market i.e. where the shares are issued for the very first time. In other words, the same was never issued before in the market. Under this, the existing companies and the new entrants can bring new issues. The basic objective is to procure funds from the investors and transfer the same to the new and existing entrepreneurs who are either establishing a new set-up or expanding the existing one.

The primary market serves the dual purpose of investing the funds of the investors as well as meeting the financial requirements of the companies.

The issuing companies are the ones who create the demand for the funds whereas the investors facilitate the supply function of the funds. To bring out a new issue in the market, services of various intermediaries, specialized agencies, and institutions are undertaking the activities of promotion, transferring, selling, underwriting etc. hired who

Under this segment of the market, savings are transformed into long-term debts or investments. This is a major contributor to the economic development and growth of the nation. The status of the new issues, market vibes, and expert opinions derive a new public offer toward success.

Types of Issues in the Primary Market :

Following are the four different ways of issue in the primary market:

Public issue refers to issuing securities to the general public and is one of the most commonly used methods in the primary market. Companies Act, 2013 governs the issues that are made to the general public. Apart from this, guidelines from SEBI are issued for the general protection of the investor’s interest and for drawing up an agreement between the company and the exchanges for the listing of the securities. Companies Act lays out the procedure that should be followed while offering the shares to the public and the particulars of the information that should be made available to the investors.

Classification of the Public Issue

There are two types of public issues:

When shares are offered to the public for the first time, it is referred to as IPO or public offering. They are basically carried out by the new and young companies who are targeting expansion and require capital for the same. Apart from this, IPO can also be carried out by large companies that require funds for their further expansion.

The services of an underwriter may be hired by an issuer company for selling their shares in the market and timing the issue.

Investment in IPO can be a risky element. It is not always possible to make the correction. prediction of the behavior of the stock while trading in the initial days and even later on. The companies are new to the market and have no track record based on which their performance can be judged. Also it is difficult to predict the future of the IPO of the existing companies that are in the phase of expansion.

A company that had already made a public issue at a tale earlier stage and is listed on the stock exchange, when makes another issue, it is known as the Follow on Public Offer (FPO). So, all the public offer of the existing listed company that comes after the IPO is termed as the FPO. Such FPO unlike IPO is also required to satisfy the listing and the other norms as directed by SEBI and other regulatory authorities from time to time.

The rights issue is the offering of new shares by the company in the primary market to its existing shareholders. As per Sec, 81 of the Companies Act 1956, when an addition is made by the company to its equity share capital, it has to offer the existing shareholders to subscribe on a pro-rata basis. A cut-off date is notified for making such a subscription after which the right will cease to exist. The shareholders on the other hand may even sell their rights in the market for a certain sum.

Under the private placement, the securities are not offered to the general public, rather the same is issued privately to investors like mutual funds, banks, venture capital funds, financial institutions, etc.

When equity shares are issued to a selected group of investors and the price is not the same as that is quoted in the market is known as the Preferential Allotment. A preferential allotment is not a public issue but the shares are offered to a preferred category of investors among the public. In India, normally preferential allotment is exercised while awarding shares to the promoters or to the friendly and accustomed investors where the company knows that there does not exist any threat of takeover.

The price that is set for the purpose of preferential allotment is generally not less than the higher average of weekly high and low closing prices of shares that are quoted on the stock exchange 6 months just before the relevant date or 2 weeks prior to the relevant date.