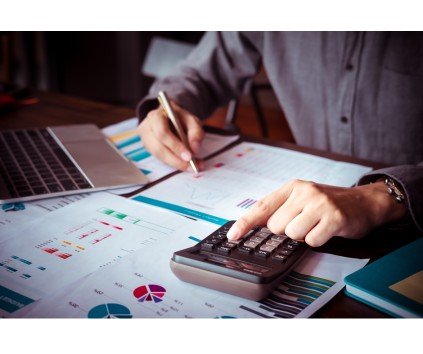 Bank borrowing is one of the important sources of finance for companies in the need of funds and working capital requirements. Bank borrowing, as a source of short-term finance, ranks just next to Trade Finance’, which is the most popular mode of short-term finance in India. The amount approved by a bank for a company’s working capital needs is termed as ‘Credit Limit’.

The maximum amount of credit, a company may obtain from the entire banking system in India, is referred to as ‘Maximum Permissible Bank Finance’ (MPBF). For seasonal industries, banks are expected to prescribe separate credit limits for ‘Peak Season’ and ‘Non-peak Season’ indicating the period during which such limits would be utilised by the borrower.

Generally, banks do not extend 100% of the credit limit sanctioned by them. An amount known as ‘Margin Money is deducted from the ‘Credit Limit’.

The concept of ‘Margin Money is based on the principle of conservatism and is basically in place to secure. If the ‘Margin Money’ requirement is 20%, the lending bank would extend borrowing facilities only up to 80% of the value of the asset.

This implies that the security of a bank’s lending should be maintained even if the asset’s value falls by 20%.

Once the credit limits of a company are sanctioned by the banker, funds can be utilised, within the limits of Maximum Permissible Bank Finance’, in the following manners:

The repayment schedule of the term loan is fixed at the time of the sanction by the bank. The repayment of a loan can be done through Equated Monthly Instalments (EMI), which include repayment of the ‘partial principal amount’ and ‘interest accrued thereon.

The borrower has an option to repay the loan through ‘Equated Principal Instalments’ (EPI) also. The primary security made available for a term loan is the asset (s) created out of the loan.

On the other hand, the collateral securities may have a charge on one or more of the following:

i) Assets not created out of the loan;

ii) ‘Lien’ created on the deposits of the owners of the borrowing company or other third parties; and

A Cash Credit facility is working capital finance extended by a commercial bank to its borrowers against the primary security of current assets, like inventory, sundry debtors, etc. The primary security may either be hypothecated in favour of the bank or it may be ‘pledged’ with the bank. Cash Credit is availed by the manufacturing units for the purchase of raw materials and by trading units for buying finished goods.

Function and working of NABARD

However, the withdrawal of money is restricted to the amount of cash credit limit sanctioned to a particular borrower. Under the cash credit (hypothecation) account, the physical possession of the raw materials or goods remains with the borrower who has to use them for the production of finished goods and their selling in the market.

Under this arrangement, banks allow their esteemed customers to withdraw beyond the balance available in their accounts. This is extremely useful in cases where a company is suffering from a short-term cashflow problem and does not require a large amount of funds on a long-term basis.

A borrower in need of such a facility may approach his banker and negotiate for an overdraft facility. The bank, after satisfying itself with regard to the borrower’s history (of operations in the account and creditworthiness) may sanction an overdraft limit. Like cash credit limit, overdraft limit is also a revolving facility (i.e., having any fixed Sri period for repayment), which involves overdrawing in the account and its regularisation by depositing money, and again overdrawing and regularising the account.

The advantages of overdraft are the facility of drawing extended by a bank ensures the availability of de cash (within the limit) on tap and the borrower is relieved of the day-to-day worry of managing funds for its business operations. In essence, the cash management functions of a borrower are taken over by its banker. Another advantage of availing B overdraft facility from a bank is that the interest calculation, to be charged by the borrower, is done on a daily basis.

So, a borrower only has to pay interest on the time and amount of money they actually borrowed, which is the interest that has built up on the amount they borrowed and the time they took it out for.

Discounting the ‘Bill of Exchange’ is one of the major activities of some of the banks. ‘Bill Discounting’ is a short-term money market instrument, which is negotiable and self-liquidating in nature.

The process of bill discounting involves the following steps:

i) Drawing of the bill by a bank borrower on its customer by subtracting commission and its acceptance by the latter.

ii) Presenting the bill by the borrower to its banker for discounting,

iii) Discounting of the bill and upfront payment to the borrower by the bank,

iv) Presentation of the bill by the bank to its borrower’s customer on the due date for collection of the entire amount.

In case of delay in payment by the borrower’s customer, the borrower or his customer is liable to pay interest as per the terms of the transaction agreed upon by the bank and its borrower.